Is Household Waste Harmful to the Environment? 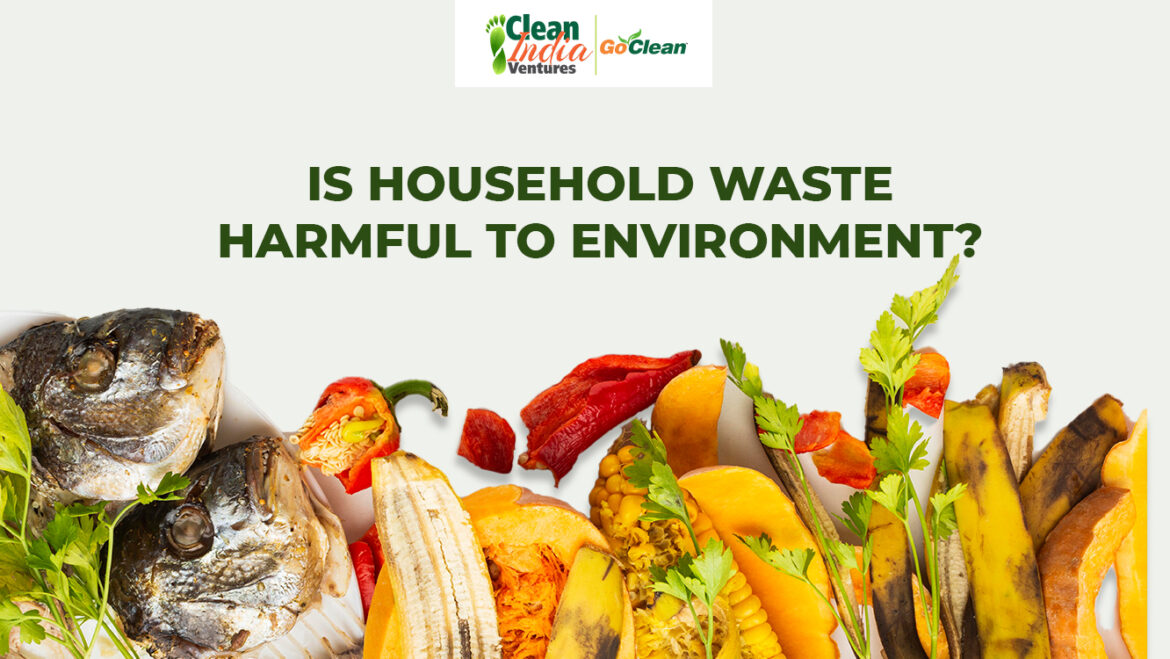 What is Household waste?

In simpler terms, it is the waste produced in an average residential household. It mainly comprises your

What is the cause of the increase in household waste?

With the rise of population, there’s also been a rise in the amount of waste produced. The automated lifestyle & industrialized human societies just add more to it.

Take the industrial revolution for example that has introduced new manufactured products & new manufacturing processes. This modern consumerism and the excess packaging has contributed significantly to the rise of household solid waste.

What happens to household waste in India?

The rapid urbanization has presented our country with a massive waste management challenge.

As per a report published in 2016, approximately 62 million tonnes of waste is generated in India per annum by over 377 million urban people living in 7,935 towns and cities.

With this rate, waste generation is estimated to reach 165 million tonnes per year by 2030.

Is sending waste to landfills a good idea?

Since almost half of our municipal waste generated in a year ends up in landfills, here’s a quick question — what do you think happens to the waste that ends up in the landfill?

Those who don’t know about Methane (CH4), it is the second-largest greenhouse gas and accounts for 20% of global GHG emissions. Methane is also more than 25 times as potent as carbon dioxide when it comes to trapping heat in the atmosphere.

All this and we haven’t even talked about the land & water pollution it causes yet.

Why is segregation of waste at the source the need of the hour?

Our decades-old habit — ‘All Waste, One Pot’ — of waste collection is now coming on our way to a pollution-free nation.

The mixing of all waste into one makes it very hard to segregate it at the waste collection stage. This non-segregated waste is then sent to landfills, and we have already discussed what happens there.

The key to successful waste management lies in the segregation of waste at the source.

When we become responsible enough to separate wet and dry waste, recyclables, organic waste, hazardous waste, etc. at the source, it makes it way more easier to get treated in a proper manner.

And it’s not like these changes are very difficult to implement. Take Indore waste management model for example. This model helped Indore to become India’s Cleanest City for the fifth time in a row.

This model promoted a behavioural change among the masses towards waste segregation and also placed a system in place through which 100% waste collection is possible.

Combining these two factors, Indore is now what every other Indian city aspires to be.

But it’s not just Indore, many initiatives have been taken across the country to ensure smooth waste processing — transforming waste into a usable form.

In fact, this report by Statista shows what percentage of collected waste was processed from 2016 to 2020.

The numbers are in our favour. However, we’re still far from reaching the 100% mark and remember, there’s still a majority of waste (almost 50%) that has even been collected.

To wrap it up, population & modernization are 2 factors that are contributing to the increase in household waste. Also, throwing every waste into the same bin makes it difficult to segregate in the later stages. Further, when this unsegregated waste goes to landfills, it produces methane (CH4) that is harmful for the environment.

Lastly, waste segregation at the source is good, but we need to find better ways like composting the household organic waste, if we want a sustainable development.

When talking about composting, we’re sure you have a lot of questions in mind like What’s the process? What goes into the composting bin? etc.

Don’t worry! We’ll answer them all & much more in our next blog post. Till then, stay tuned!

How composting is good for the environment?

How to properly manage your household waste?

How to properly manage your household waste?

What is an Organic Waste Composter?

The Benefits of Organic Composter Machines &...

How to Segregate Organic Mixed Waste at...

How GoClean makes your events eco-friendly?

How composting is good for the environment?

Organic Waste Converter and how its done

What are Organic Wastes?